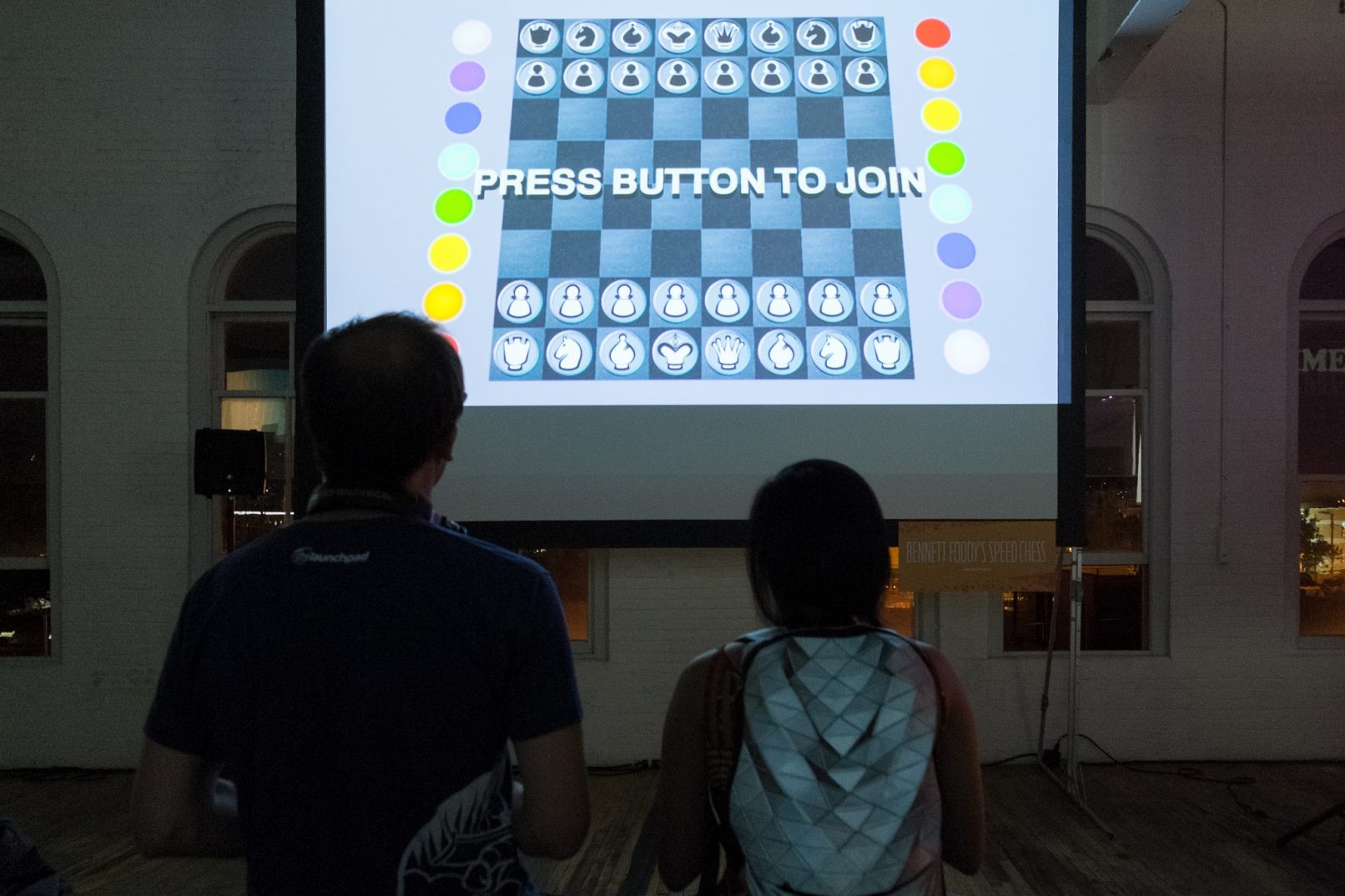 For my second curation of the arcade section of Portland’s XOXO Festival, I not only selected the games, but brought two that I helped produce, as part of their world tour: Keita Takahashi’s Tenya Wanya Teens, and Natasha Allegri & Major Bueno’s Musclecat Showdown.

Musclecat Showdown‘s Natasha Allegri was on-hand to represent her game, and screen an in-progress episode of her animated series Bee & Puppycat, and — along with Adventure Time creator Pendleton Ward — is pictured below playing her game for the first time with its custom fur-wrapped cat controllers.