At the end of 2012, the Wild Rumpus team & I decided we needed something truly special to bring to our second-ever party at the Game Developers Conference, to up the ante even further over our first outing.

With the idea of commissioning an entirely new game being batted around, we decided that we’d go for broke with a dream collaboration: Katamari Damacy & Noby Noby Boy creator Keita Takahashi.

Happily, with Takahashi having recently left Namco for his indie startup Uvula, he was both willing and able. Of the few design sketches he’d sent over, the one that struck us the most was the one below: a 32-button version of Super Mario Bros, where 30 buttons made Mario do something ridiculous, and the other two, somewhere in the mix, were the standard run & jump.

We iterated on the design a little further, turning the single 32-button controller into two 16-button controllers (with our party’s annual focus more on multiplayer games), and thought about ways we could do insane takes on a number of different retro-game genres, before Keita scrapped the concept entirely and instead pitched the idea of a game about two young boys just trying to live out a single, normal day.

The trick is simple: when each boy first wakes up in the morning, they only have one available action on all 16 buttons. After moving on, the buttons on the controller divide themselves to two-halves of 8-buttons, and so on, and then begin scrambling themselves at random, until by the end — when all you really want to do is confess your love for the girl — you end up stripping naked and rubbing shampoo in your hair.

The game was programmed and co-designed with Keita by Wild Rumpus’s Ricky Haggett (co-creator of Hohokum & Loot Rascals), with George Buckenham creating the custom hardware, and Asuka Sakai (formerly a Namco composer on games like Ridge Racer and Katamari Damacy, and also Keita’s wife) creating the game’s title and game theme.

Tenya Wanya (Japanese for, roughly, ‘topsy-turvy‘) was finished and ready to be played for the first time literally the night before the party, with Keita and Johann Sebastian Joust creator Doug Wilson giving it its first go (pictured below).

Following its successful debut at the party, it’s since toured around the US, UK and Canada, and has a permanent installation at Seattle’s Museum of Pop Culture (formerly the Experience Music Project, and pictured at bottom).

Plans for a home version have bobbed around since 2013, but are currently in cold storage. You never know when and if they might bubble up again, though… 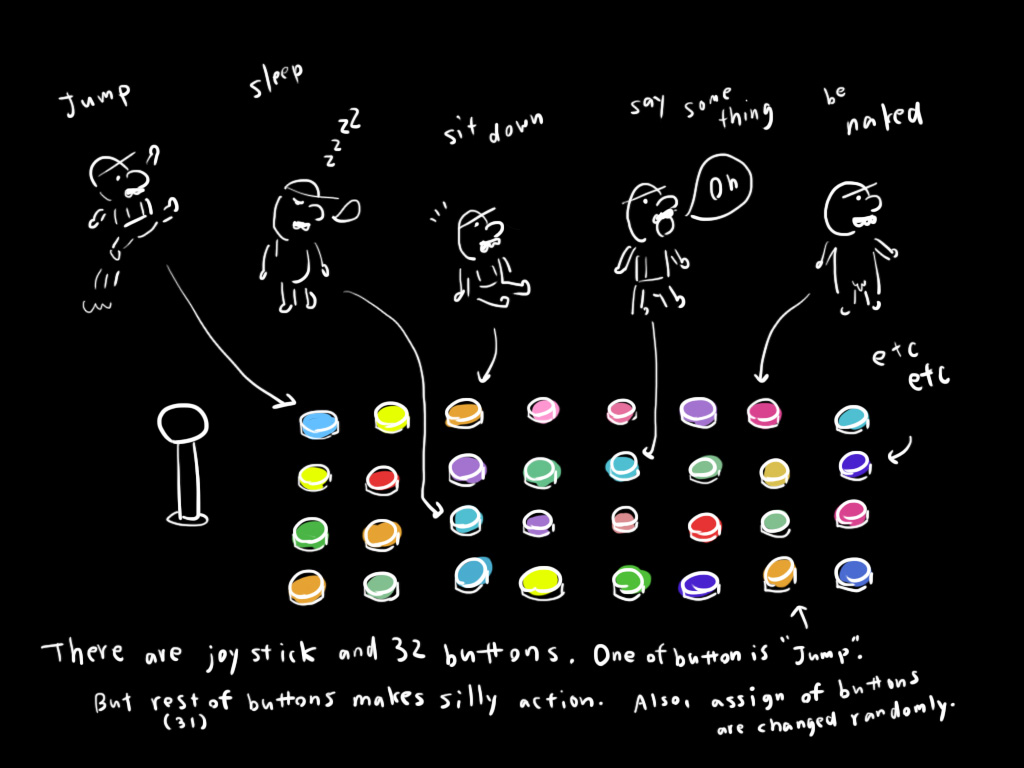 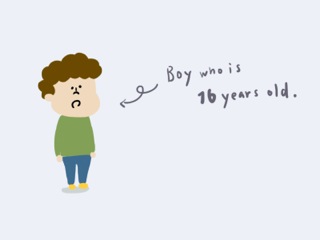 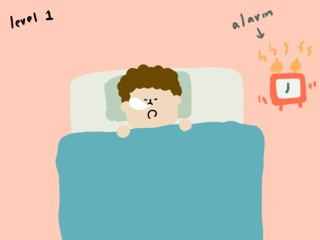 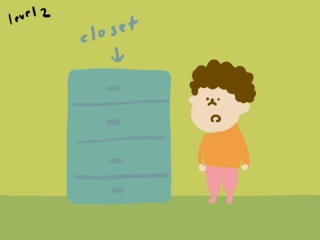 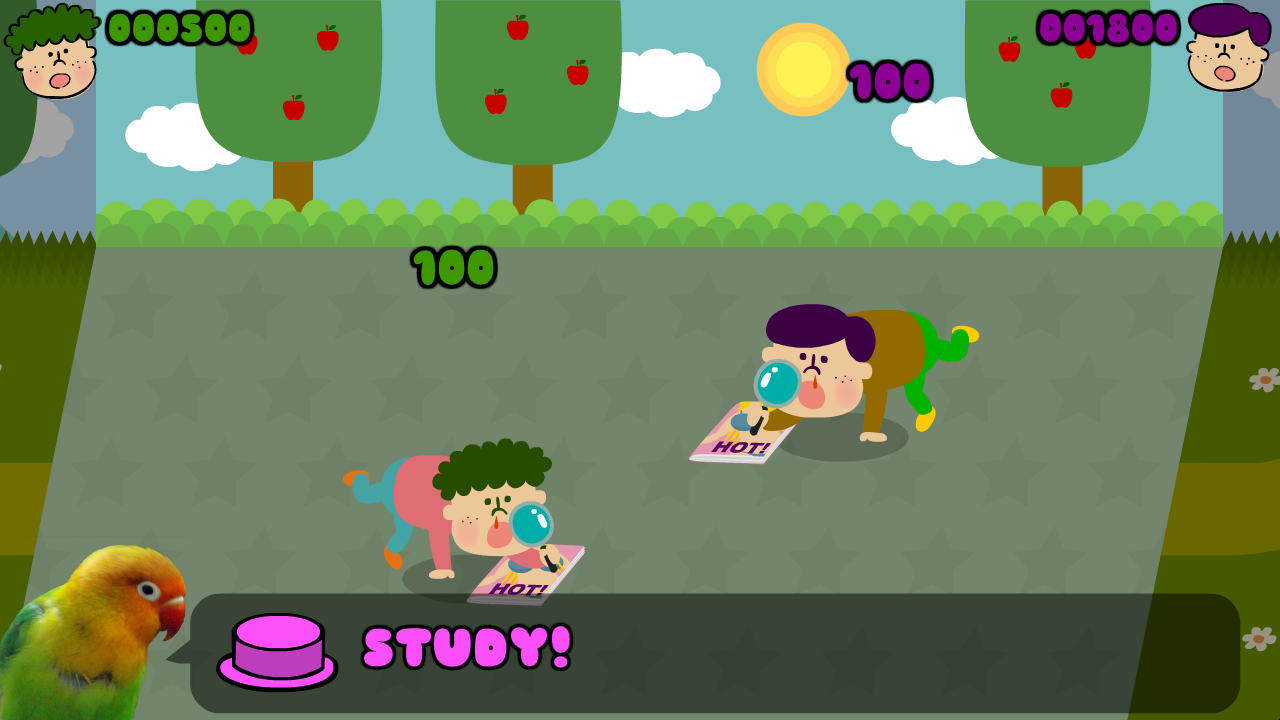 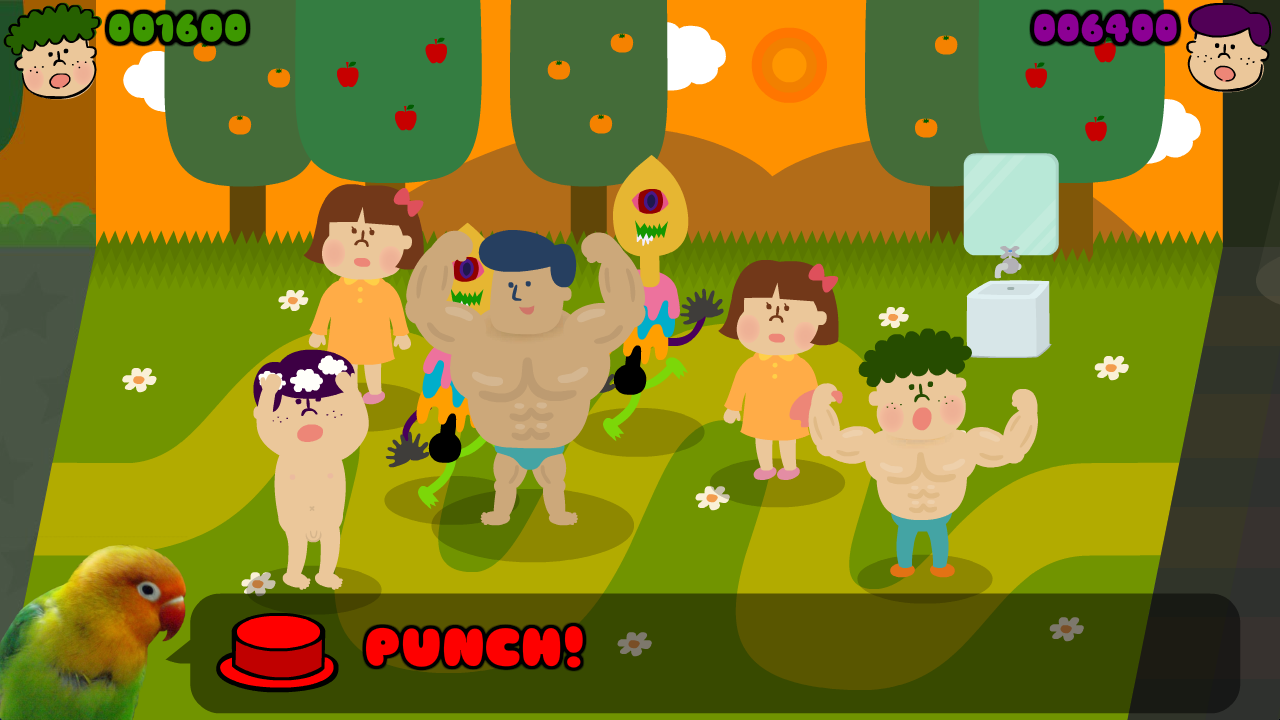 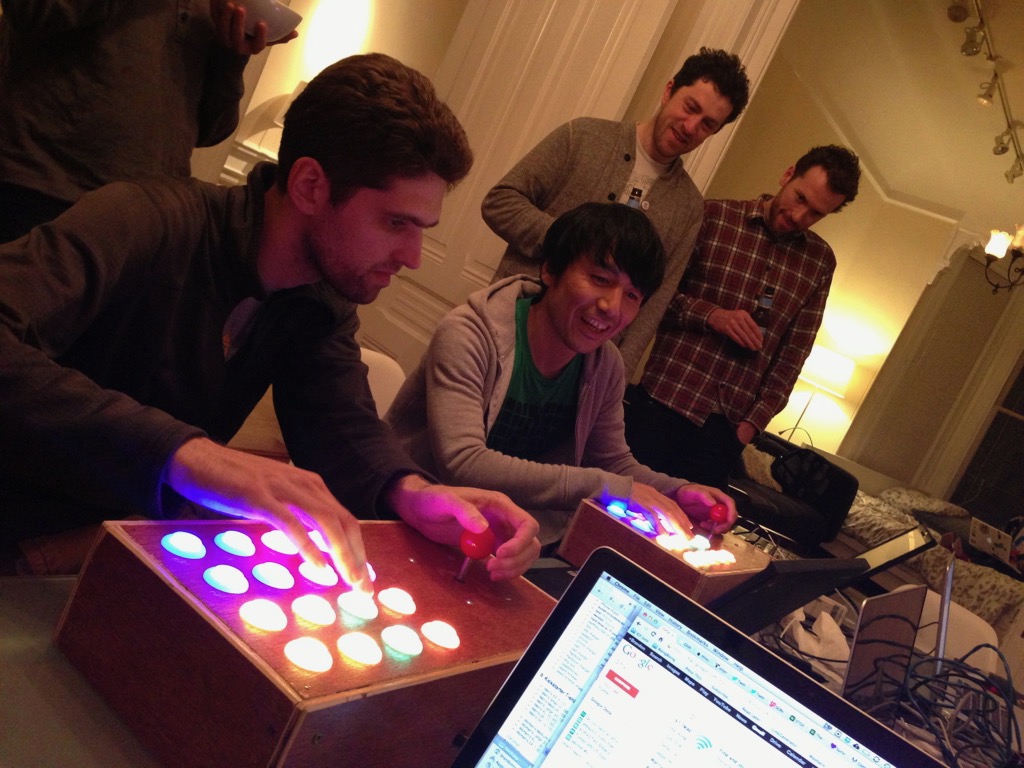 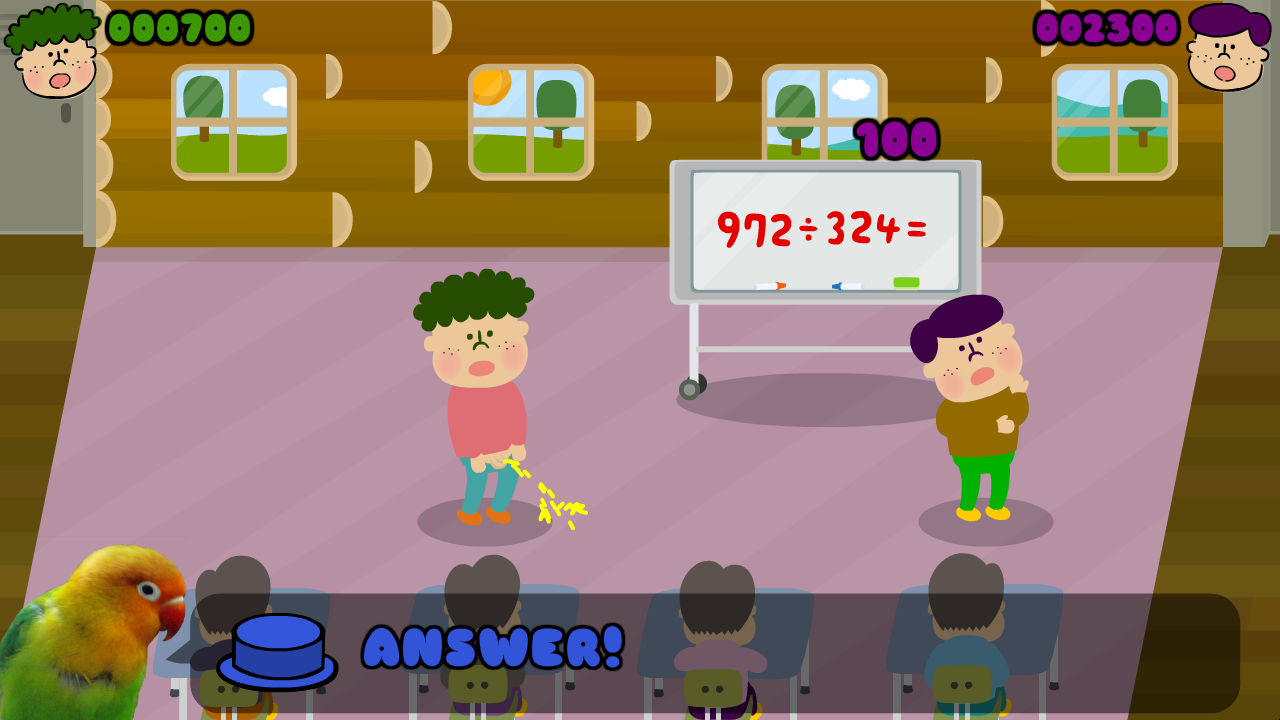 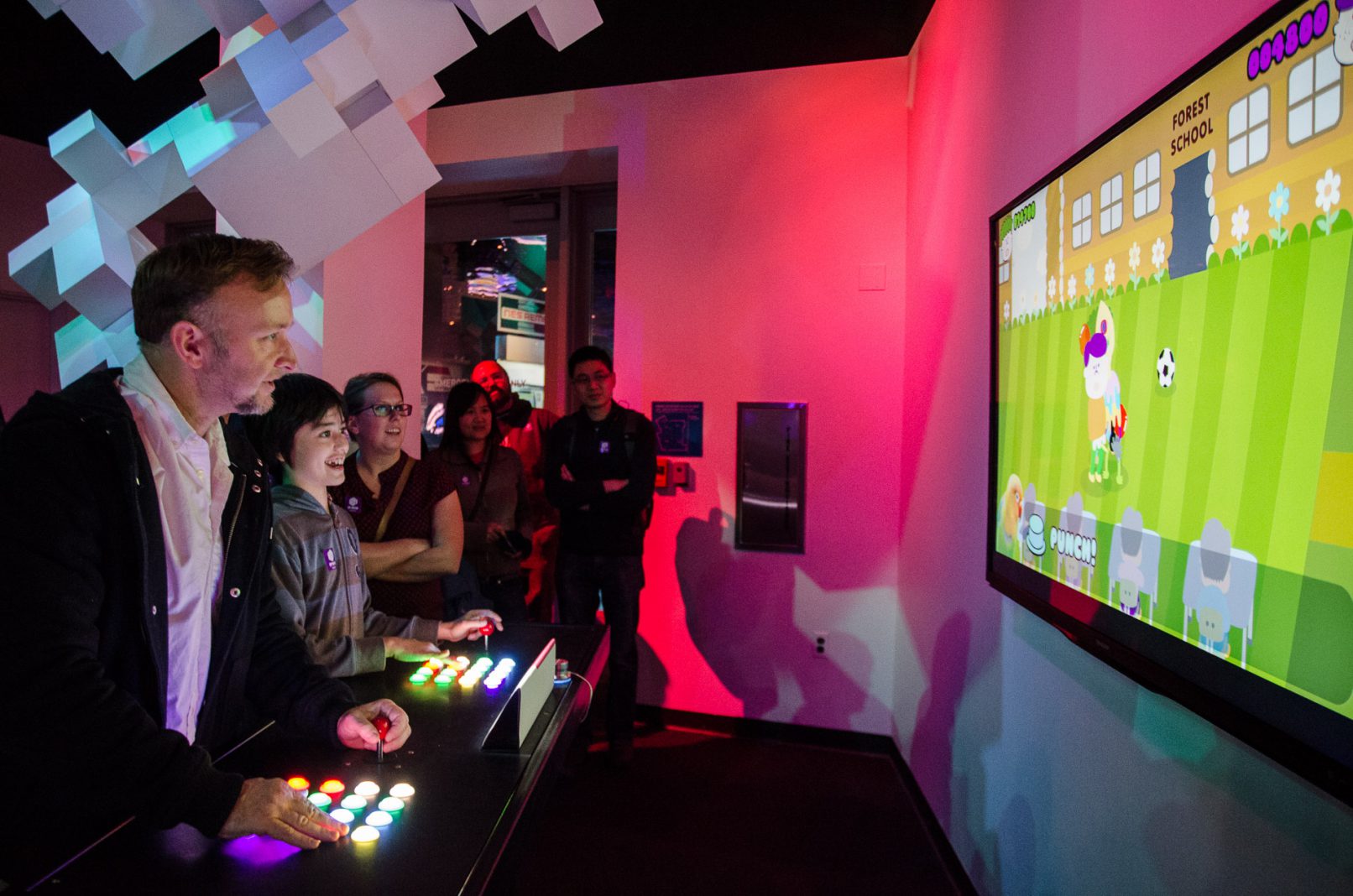 THAT PARTY 2013
We Are Videogame Romantics T-shirt