In August of this year, the organizers of Australia’s Freeplay games festival very kindly invited both Adam Saltsman and I to come and be their 2010 keynote speakers (aka international men of indie game importance). We obviously accepted and, after an all-day flight of screaming babies and marathon Clash of Heroes multiplayer, we touched down under in beautiful Melbourne.

Adam’s speech — which you can see over here — was fantastically and meticulously well-researched and spoke to the true universality of not just games but play, which doesn’t just pre-date formal game design but, like, man itself, and anyway was pretty eye-opening and mind-expanding and inspiring.

For my part, well, after a day and a half holed up in my hotel room subsisting on little more than a steady stream of tea and Tim Tams, I managed to emerge with what you can now view above.

It’s probably still a bit half-baked (I revised and expanded on it a bit for a talk at the most recent IndieCade), even built upon a message I’ve been trying to spread all year, but I think the soul-bearing sentiment’s still there. It’s as much a call for diversity (honest) as earlier, shorter talks, as it is a call for, well, sentimentality, honesty, humanity — putting more raw “you-ness” in your games — and also a short slice of Indie History as I understand it, and also there’s some junk in there about me and girls.

Anyway: it’s about an hour altogether, split into four parts, so you’ll want some cocoa and/or Tim Tams while you watch, and maybe you’ll want to skip the Q&A at the end (if it’s in there, I’m too frightened to watch), where I think I shrink further and further behind the podium at the prospect of trying to come up with clever things to say on the spot in front of a large audience. I write for a reason! (The reason is I’m a terrible extemporaneous speaker.)

Also, as a bonus, I’ll embed the two video clips I show toward the end after the cut, and also include two extra photos (including one chicken) from the audience (thanks to Polymonkey and Hiperactivo for those). 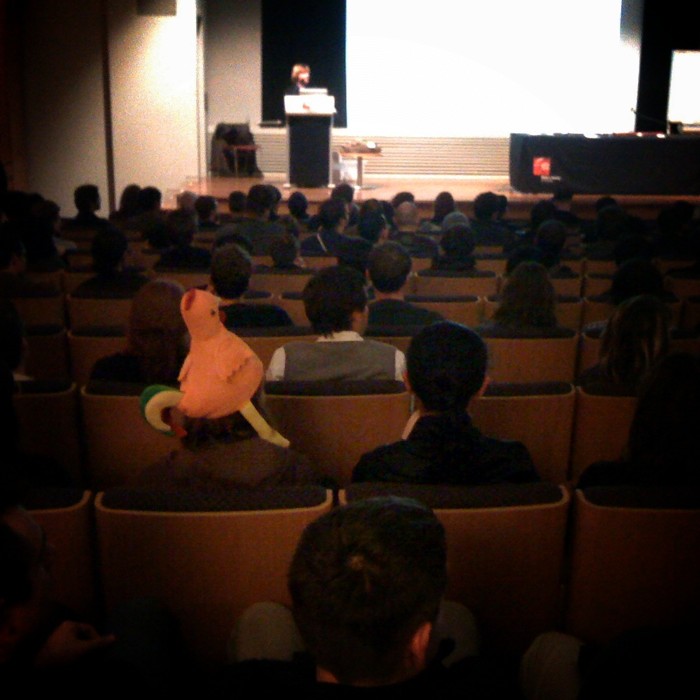 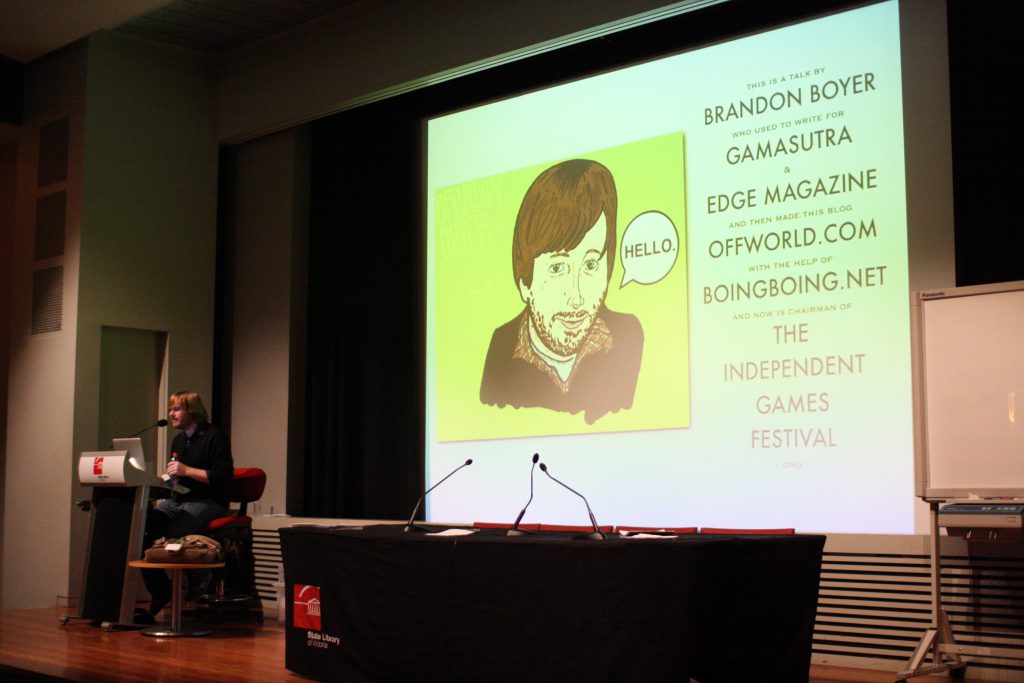 Return as an Animal | buffalo vision

[…] I was recently going through some notes from IndieCade 2010 and came across notes from Brandon Boyer’s “All Play is Personal” talk. You can check it out here. […]