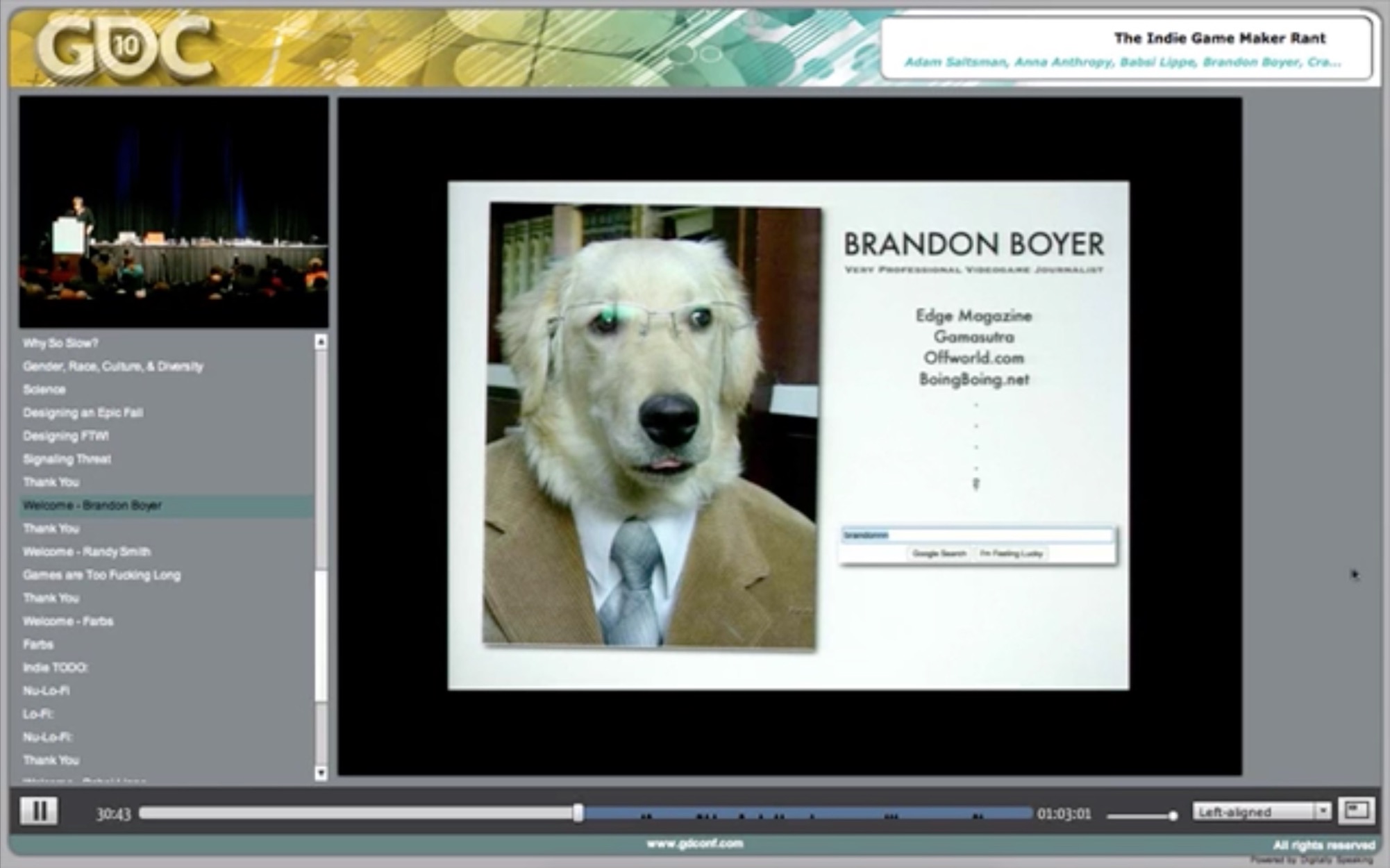 Basically the very first real speech I’ve ever actually given, my five-minute rant at the 2010 Independent Game Summit was addressed not so much to the developers in the room, but the press. Granted, given that the press in the room were actually in the room for the Indie Game Summit, the ones that heard it were probably not the ones that needed to hear it. Still, I hoped the message would resonate.

Screencapped here from the GDC Vault (where can you watch the entire 60 minute session for free and see lots of other awesome microtalks), apparently it went well! There were some cheers and applause and some nice things said on Twitter afterward. 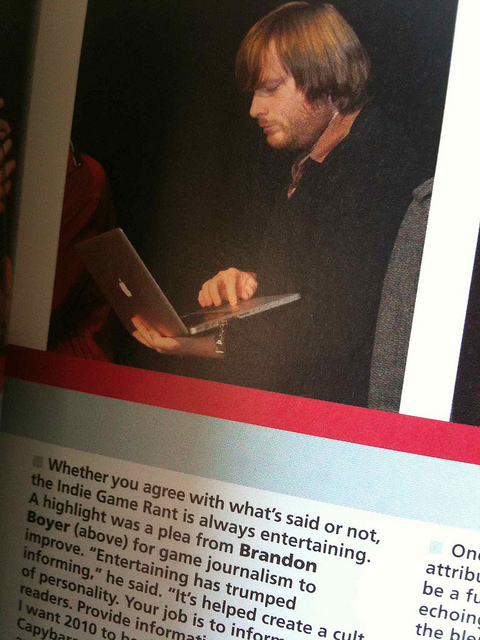 The world’s leading multiformat games magazine Edge even saw fit to put me and my budding double-chin in their GDC “Talk of the Town” section, next to, like, Peter Molyneux and Sid Meier and much more important people than me. It was also talked about in places like 1UP, Edge Online and Destructoid.

To date, I have never heard from Seanbaby himself, though it did not escape his attention. I’m sure he’d understand that it was more about what-came-next rather than what-he-did. At least, I hope so. That dude’s like a would-be UFC fighter or something crazy, and I — well, you’ve seen the budding double-chin.

You should definitely read some of seanbaby’s older NES stuff. It’s genius.

Fantastic rant; it was a great session overall, and I wish more people would follow through. I can barely read most big gaming blogs anymore, it’s just gotten too depressing.

Glad I finally got to see that clip. Inspiring as always, sir.

You were the talk of the indie town that week and it really made me regret not getting Indie Summit access. Won’t make that mistake again.

(btw, i couldn’t find a link under the Destructoid mention in the 2nd to last paragraph. Curious what they would say.)