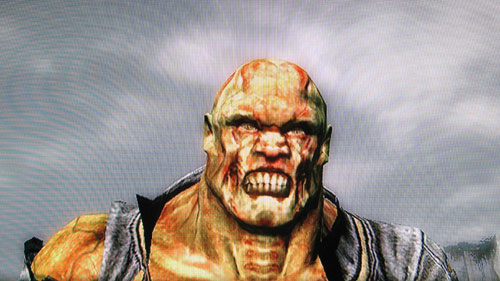 My Life in the Bush of Mutants

As you may have seen from the proper announcement, the various links and writeups, the now official Laugh-Out-Loud Cats comic, or the ‘tweets’ of others, it’s official: I have joined the league of Happy Mutants at Boing Boing, and have just — against all odds — launched their new games site, Offworld.

I won’t rehash what I’ve already said in my introductory mission-statement type post on the site, but instead will simply thank everyone involved, as Joel did officially: the Mother Boing crew, BB Gadgets’ Joel, Rob and John, Leigh and Jim, and everyone else that’s given me advice, assurance, and in general put up with my half-dazed/half-crazed state for the past few weeks.

I can still remember the first time I’d heard of the then-mythical Boing Boing print ‘zine in my Gibson-reading/Daydream Nation-listening/SubGenius-following early teens (though I’ve lost track of whether it came to my attention via the debut issue of Wired, a random issue of Mondo 2000, or the glossy-pastel-color-covered edition of the Whole Earth Catalog I can’t seem to find online): suffice it to say it’s a fantastic honor that they’ve put the rudder in my hands, and here’s to steering it somewhere amazing.

Already looks good, Brandon – but best of luck with taking it onto new heights.

congrats brandon! next time we are down in Austin i’ll have to buy you a congratulatory beer.  will add offworld to my google reader to keep up.