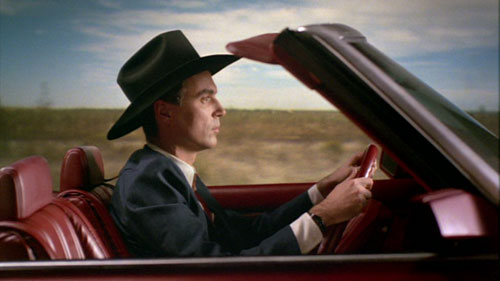 I’m back now, for the most part, from — if you weren’t following the ill-advised 75mph ‘tweet’s — a move from Chicago to Austin. The move, I should say up front, would literally have not been possible without the patience, elbow grease, tape guns, and hospitality from Brian and Matt, Kate, and Dave, and the steady stream of encouraging emails and SMS messages from Ben (who also supplied the title of this post) and Margaret.

The trip itself, as I’ve been answering pretty regularly, was ultimately uneventful, and mostly consisted of hours alone in the cab of the truck listening to the foamy rabid barks of conservative radio fading in and out across AM channels (it was the day Obama had — gasp! — accidentally admitted to George Stephanopoulos that he was indeed a Muslim, and the airwaves were abuzz trying to ferret out the degree of his secret faith on a scale of some-of-my-best-friends to fundamentalist mullah). That, and jumping from middle America truck stop to truck stop desperate to find anyone that had even heard of American Spirits (no luck, had to settle for the slightly less rare Parliament Lights).

The highlight of the trip was having a gas-pump moving-van gab-fest with an amusingly sleep deprived man who had been on the road for some 30 hours on his way from the Carolinas to Phoenix. In itself not much of a story, but he divulged that the reason for his rush was that he’d waited for his flight attendant wife to start a work-shift to toss everything in a U-haul, load the angry looking pitbulls in the cab, and hit the road, knowing full well that there was going to be a “hell of a fight” when she landed again. I was desperate to know more, but he was also in the midst of another crisis with his Discover card being rejected by the station attendant, so I had to leave the back-story and the eventual climax to the imagination.

A top-list of the rest of the lesser drive highlights:

1.) The iTrip Auto (07). I’ve heard nothing but terrible things about iTrips from everyone who’s traveled with them in the past few years, so I was leery but desperate enough to give this one a shot. It was the cheapest of the lot available at Target, at $40, and didn’t say on the package that it supported the iPhone. I bought it anyway, knowing that, really, the iPhone was only a half-step from the supported iPod Touch, and my heart sank the first time I plugged it in and got a pop-up message reminding me that I had ignored the warning.

But! It worked a treat when I flipped on the iPod application, the only actual downfall that unless you put the phone into Airplane Mode, you’ll meet with a lot of interruption from that “ree-deet-deet” sound of cell interference, which was a small price to pay for otherwise top quality on the cheap.

2.) The Dave Ramsey Show. I didn’t re-stumble across this until I was on the outskirts of Dallas — a show I used to catch on occasion when I last lived in Texas. This American Life ran a good segment on it in 2003 which explains it all more artfully than I’ll put it here, but Ramsey’s daily three hours are some of the most affecting radio on any dial, particularly surprising for what is essentially a home-finances helpline.

The show could more appropriately be titled People In Trouble. Callers don’t dial in until they’ve nearly reached the end of their financial tether, and its that undertone of quiet desperation that makes the show so gripping. You can hear the shame as they skirt around the hard numbers of their crisis until Ramsey makes them name it — out loud, up front — and Dave’s silence as he tabulates his advice (I switch between imagining his eyes darting back and forth between yellow legal pad scribbles and an adding machine, or a complex computer program of his own design) is a modern day equivalent of waiting nervously for the Oracle to impart its wisdom.

More often than not, though, it’s not about the money, it’s about what the money’s doing to the lives. Strained marriages, failed businesses and shattered dreams — it’s the essential essence of all drama. Hit the link and check the archives in the Flash box at the top.

3.) Finally, radio so good I listened to it twice on two different NPR stations, Terri Gross’s interview with Six Feet Under creator Alan Ball. The first half of the interview focuses on his just-premiered HBO show True Blood, and it’s clear (and somewhat refreshing) that Ball seems to bristle a little at putting too fine a focus on what is very light entertainment. I’d watched the pre-air season opener several weeks ago and was obviously a bit disappointed having expected (stupidly) an undead version of 6FU — vampires suffering the malaise of their mid-life (mid-eternity?) crises, etc. etc. — but hearing Ball describe it as a “popcorn” show has given me full license to approach it again with an open mind, especially after he half-jokingly framed it in brilliant Hollywood-doublespeak as being about “the terrors of intimacy.” 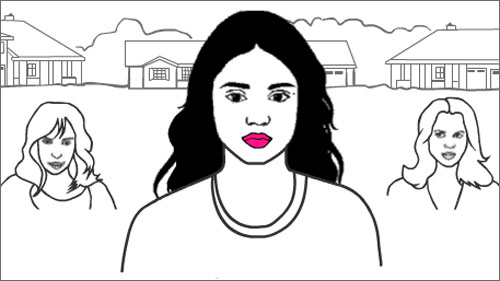 That’s not the good part, though — the good part comes after the fang-talk when they move on to his just released movie Towelhead, which sounds in the accompanying clips like precisely the Ball territory I’ve been desperate to return to since Nate and Claire and Brenda all left my life.

I don’t want to spoil it here, but Terri, in her infinite (and occasionally mocked) mastery of suddenly bringing what might be otherwise mechanical media-tour interviews to deeply personal territory, pulled off a coup here that seemed to take even Alan off-guard for its laser-sharp incisiveness. If it was pre-planned or more openly discussed elsewhere before the two of them sat down, I don’t want to know — I’d rather suffer in beautiful ignorance.

Great read … please let us know if your second viewing of True Blood is a good one. I don’t get HBO but I kind of *love* vampire themed entertainment so I need to know whether it’s worth watching!