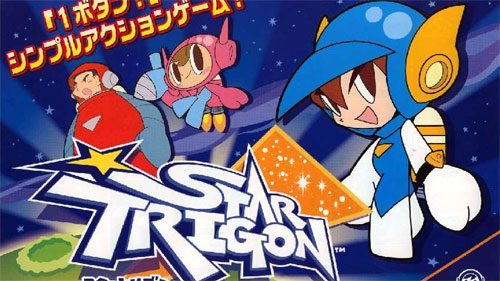 While everyone’s attention has been turned to the wild frontiers of its touchier big brother, a number of major publishers have been covertly sending out small bursts of genuinely excellent material to the runt of Apple’s litter — the now somewhat neglected original iPod/Nano.

I’ve already written at some length about Phase, Harmonix’s grossly underappreciated iPod game that gives players the freedom to turn any song in their mp3 archives into a game — no need to wait for the developer’s crack squad of dot-placers to do the same in Rock Band.

Square Enix then made a surprise debut on the platform with Song Summoner, a Final Fantasy Tactics-alike strategy RPG that uses your songs to generate your troops and your listening habits to strengthen them, and, most recently, EA’s long-awaited Spore made its debut on the iPod (albeit an accidental disappearing-reappearing one) ahead of its PC release.

I haven’t yet had the time to delve into Spore Origins here, but suffice it to say that, with the main game completed, there’s actually considerably more depth than meets the microbial eye, in the form of an arena-mode metagame of which I’ve only just started to (somewhat humilatingly) scratch the surface.

All of that’s a bit of a windy prelude to say how genuinely surprised and delighted I was to stumble onto the iTunes Store tonight and find that Namco had very quietly released a portable version of its long-lost cult arcade game Star Trigon.

Originally released to essentially no acclaim in 2002, Star Trigon is a spin-off of Namco’s Mr. Driller franchise that sees players using planetary gravitation to hop from star to star, forming triangles to rescue abandoned “Uchujin” (a.k.a. “those little blue guys from Mr. Driller”), as demonstrated in the video above which compiles Paleface’s original off-screen missives — Paleface being one of very few people who’s sung the game’s praises in the intervening years.

I’d always half wondered if Namco would trot out the original in the form of a Driller unlockable or arcade collection, but the iPod is essentially the perfect platform for a game which staunchly and proudly touted its one-button play from the beginning, where it suffers from none of the awkward downgraded control schemes of d-pad reliant titles.

Find the game on the iTunes Store here, and proudly add it to what should be your Nano’s growing library of overlooked b-side classics.

Is it safe to say that Star Trigon is to Mr Driller as Air Zonk as to Bonk?

Oh wow. I’ll look into getting this on my neglected Nano. Not a massive fan of the game, but I like the chars.