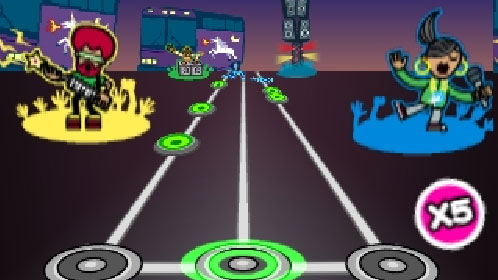 [As part of Gamasutra’s year-end retrospective, discussing notable games, events, developers, and industry figures of 2007, we take a look at the top 5 most deserving but overlooked titles for the year, from Nintendo’s green-minded Chibi-Robo Park Patrol to Harmonix’s iPod debut Phase.] 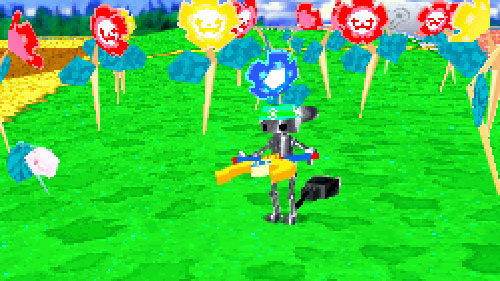 Chibi-Robo’s sophomore outing was given a limited release that saw it — in a somewhat tenuously argued case — sold near exclusively at Wal-Mart because of the company’s “strong environmental program and social giving campaign.”

While exclusivity tactics are usually reserved for obscuring sub-par games, Park Patrol was an exception to the rule, and managed to pack big charm into its diminutive body, with a mostly non-combative and environmentally-minded ethos typical of the lineage of the staff at developer Skip. 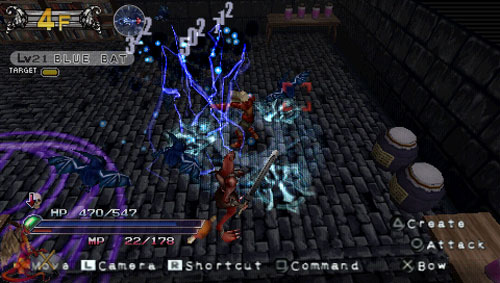 XSEED generated a tiny amount of radio static with its localization of Dungeon Maker, but the game’s bottom-up approach to dungeon delving — where players themselves architect ever more elaborate surroundings to attract ever more powerful enemies — made less of a dent than it deserved.

With a DS version already on Japanese shelves, a localized port might bring that handheld’s wider and more adventurous audience to discover why the game was one of the most one-more-round addictive games of the year. 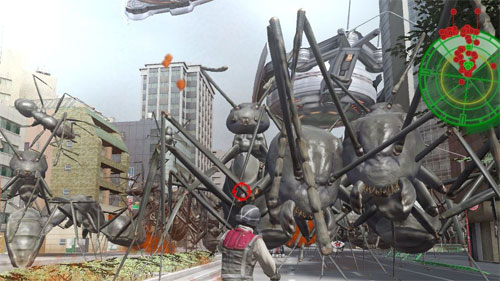 Cult and import enthusiasts won’t have missed this one, but the first Stateside release of the Earth Defense Force series shows how even a low-budget concept — carbon-copy insect models that have hardly progressed since the series’ 2003 debut and appear to be ripped straight from stock art catalogs — can have thrills and tension nearly as high-impact as the AAAs, if you play the numbers right.

The very definition of economical design — choose two weapons from an arsenal of hundreds and face off against wave after tidal wave of enemies in any style you prefer — the game pulls off a surprising amount of strategic flair for using so few tools out of the industry’s box.

Its attempt at squad mechanics and the honestly disappointing lack of Live integration made it a bit of a step backward from the last in the series, but with any luck Sandlot’s toiling away at a proper sequel as we speak, or D3 might find it in their hearts to support the still vital PlayStation 2 with a surprise release of the superior second. 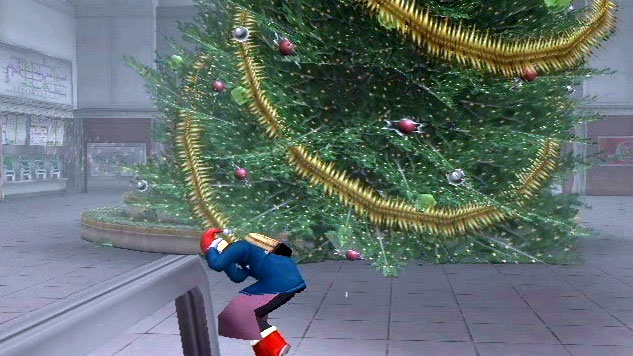 Probably truly the most woefully overlooked game on the list, Irem’s follow-up to its original disastrous adventure (also released by Agetec in the States as Disaster Report) keys up not just the catastrophe, but the story-telling ambition as well. Hidden beneath its b-movie cover and budget price is — stay with me here — one of gaming’s first great interwoven storyline equivalent to films like Short Cuts, Magnolia, or Three Colors.

Played out over a tragic Christmas holiday, the game is broken into a series of episodes following the progression of a cast of characters including a wrongly-accused prisoner, a tormented teenage schoolgirl, and an amnesiac that has to literally piece together fragments of his former self (through a cleverly designed minigame), all of whom cross paths at key moments, each under the player’s control from every angle.

With pitch perfect comic relief and a (albeit more lo-fi) suffering slow-crawl scene that pre-dates Call of Duty 4‘s emotional climax by over a year, the game deserves far more careful industry attention than it was ever given.

At the top of the list, though, sits Harmonix’s little-sister to Rock Band‘s big-daddy that, perhaps simply by nature of its platform and the timing of its release (just a few weeks before Rock Band took the stage), seems to have gone generally yet-unnoticed by the industry at large.

Even driven as it is without the human touch given to the rest of Harmonix’s output, its note-chart algorithms show a near Turing-test-passing understanding of what drives music and connects it to a listener.

Anecdotal evidence, like the game somehow knowing to place an iPod wheel sweep in Feist’s “My Moon My Man” at precisely the same point as her dramatic music video twirl, is just some of the reason that Harmonix has made it a thrill to plumb the depths of music collections.

Other recent music-based releases have shown just how confidently and skillfully the studio can execute on obvious ideas, with a result that’s less about beat matching as it is rhythm-feeling.

[…] already written at some length about Phase, Harmonix’s grossly underappreciated iPod game that gives players the freedom to […]