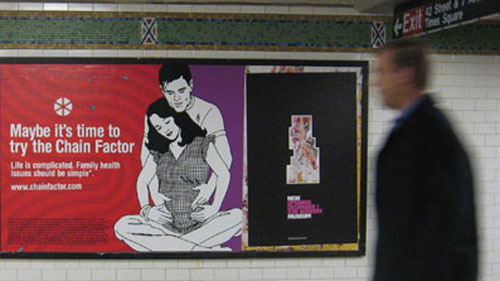 [In the latest of its year-end Top Five charts, Gamasutra picks the top five games from a wide field of freeware titles released in 2007, from mucus-puzzler Gesundheit!, to the community driven serene pixel-platformer Knytt Stories.]

Whittling down a list to a small handful is becoming increasingly difficult year over year as the tools available to amateur and hobbyist developers become more accessible — a trend reflected in the continual record numbers of Independent Game Festival entries each new year brings.

This year has seen a number of noteworthy games that didn’t quite make the list but should be mentioned, from the compelling mechanics and wanton violence of Death Worm to the slapstick comedy of Sumotori, and all of the games recently showcased at rivalry.gg and Kokoromi’s Gamma 256, especially Jason Rohrer’s somber pixelated memento mori, Passage.

But regardless, the full list of the top five freeware games — all picked by the editor’s choice — are as follows: 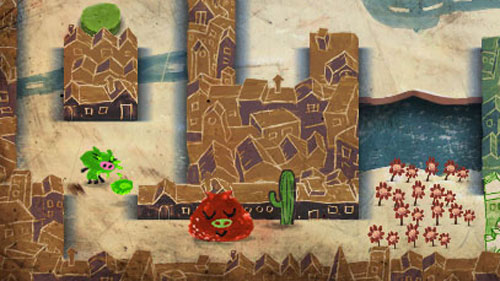 Putting Gesundheit! on the list may be gaming the system just a bit, as technically its download is just a taste of a fuller production to come, but keeping it here is important if only to say that it represents some of what the industry could use more of — outsider inspiration.

Primarily a traditional illustrator, creator Matt Hammill has put together one of the most whimsical and fantastically sketched worlds in indie games this year, and Gesundheit! will likely be forever remembered as one of only a small handful of games to make mucus a core mechanic. 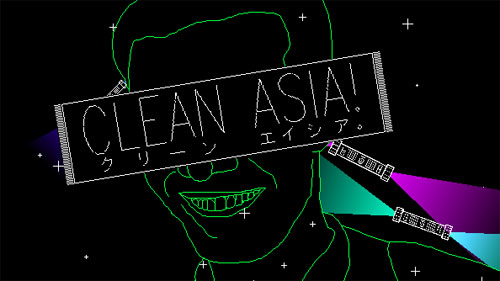 Between Clean Asia and the grainy Super-8 constructivism of his more recent Protoganda: Strings (think Tetsuya Mizuguchi taking his synaesthetic Kandinsky inspiration and channeling it instead more blatantly through El Lissitzky), the pseudonymous Cactus has a serious crack at becoming a new Kenta Cho-esque hero for the brass-knuckled bullet-hell set.

It’s not just you, Clean Asia is a relentlessly brutal trip, but one so audaciously designed from the obscurely configured attacks of its dual ships to its crisply neon-outlined Two-Bad-Dudes pilots that it’s worth sitting up (and getting immediately knocked back down) for.

Chain Factor holds two distinct honors: one of being the only freeware game released in 2007 to receive billboard and subway advertising campaigns across major metropolitan areas, and the other of being the first game to make perfectly clear that Steve Reich should be scoring every puzzle game from here on out.

Despite being only one (albeit major) part of an alternate reality gaming campaign concocted by TV network CBS, Chain Factor is an almost too-clever game in its own right, mixing falling-block- and number-puzzling in a deceptively simple way that’s most surprising in that no one’s thought of it before.

Now that its involvement in the ARG campaign has been duly exposed, the biggest secret it’s still keeping locked is the development team behind it, who — with references to obscure Neo-Geo puzzlers tucked away in their source code — are surely One Of Us. Feel free to leave any hints in their direction (or outright unmasking!) in the comments below. [The developer has since been revealed to be area/code, the studio behind Facebook game Parking Wars.] 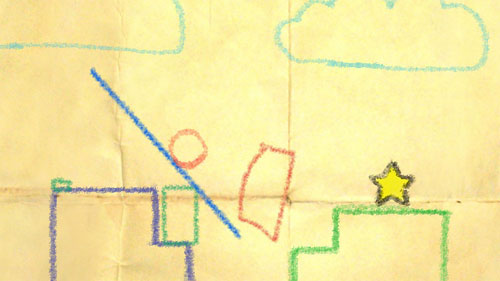 Allowing for Gesundheit! gives fair room to put Crayon Physics — again, just a sampling of more grand things to come — near the top of the five best freeware games this year.

Easily the most widely played game on the list, Crayon is also notable for being the freeware game most achingly deserving of a DS translation (outside the forthcoming translation of Line Rider). Like many others here, its beauty is in its economy, and in the the undeniably affecting way it gives players direct access to and impact on its world inside. 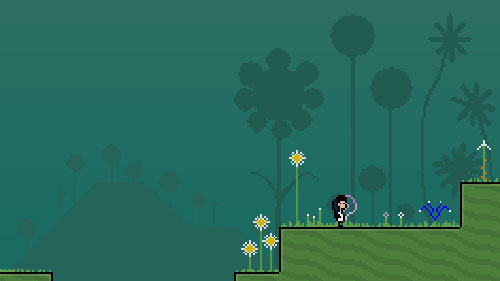 Where the aforementioned Cactus stands directly on the cusp of possible indie-stardom, Nifflas has firmly cemented himself as a new critical darling — a refreshing low-bit blend of Cave Story author Pixel and Ico and Shadow of the Colossus designer Fumito Ueda.

Taking the former’s firm grasp on the still-infinite joys of pure platforming and exploration, and the latter’s propensity to strip away all of a game’s unnecessary layers until its shining core is revealed, Knytt and its subsequent Stories are exercises in elegant simplicity. With very few mechanical contrivances above and beyond run (or scamper, in this case) and jump, Nifflas has left nothing to get in the way of you and the ambient visual and audio aesthetic of his worlds.

Best of all, realizing in true Game 2.0 fashion that his users might have just as many Stories to tell, he’s opened up his toolbox to allow everyone to construct their own tales in a set that has and likely will keep giving well beyond this year alone.