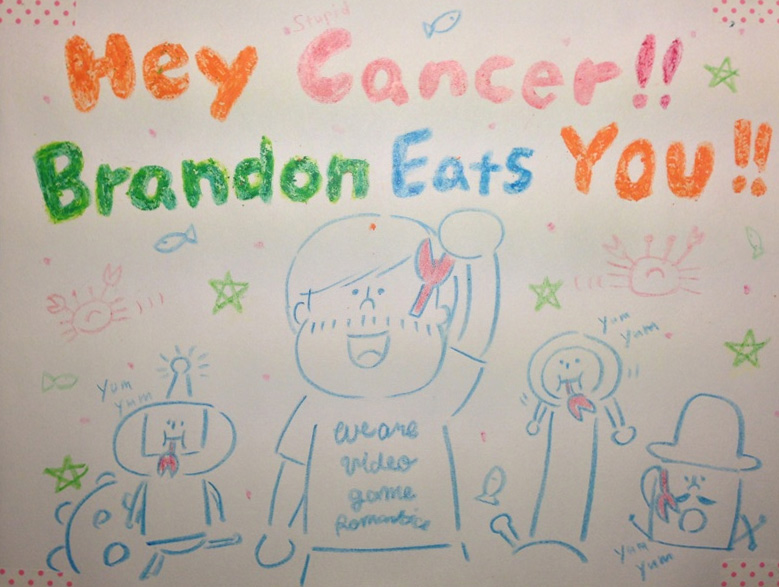 Well, this is without a doubt the strangest post I’ve ever had to write, and I’m honestly not even sure how to start without just diving right in: after a long past few months riding a medical merry-go-round of tests & scans & biopsies, my doctors and I have more or less accidentally discovered that I have cancer.

Some three years of stomachaches that seemed too mild & too sporadic to look into further were followed by a steeper decline around the end of 2012, and then followed by the bottom dropping out entirely just weeks before I was due to fly to LA for HORIZON, with regular, severe, sometimes 12-15 hour attacks of the most excruciating pain I’ve ever experienced.

(I fasted for two days before we live-streamed the show in hopes of giving the impression of being a fully functional normal human being — I think it worked.)

That led to a hypothesis that what was ailing me was my gallbladder, and so it was a major relief when an ultrasound showed right off the bat that I definitely, totally had the hell out of some gallstones. Easy enough — a quick, laparoscopic snip, a few days recovery, and I’d be back in business.

But that’s when I fell onto the Möbius treadmill, and started hearing “we think we might see something else, though, and just want to send you in for one more scan, you know, just to be sure” as quickly as the results of the last scan seemed to turn up nothing.

After a maddening 6-8 weeks where we seemed to be barking up a thousand wrong trees and not making any progress fixing the one actual malady we were positive I actually had, biopsy results came back which proved that suspicions about that initial little ultrasonic blip — which otherwise could have so easily been ignored or overlooked — were not unfounded in pretty much exactly the worst possible way, and that we had more or less accidentally discovered that I have cancer. 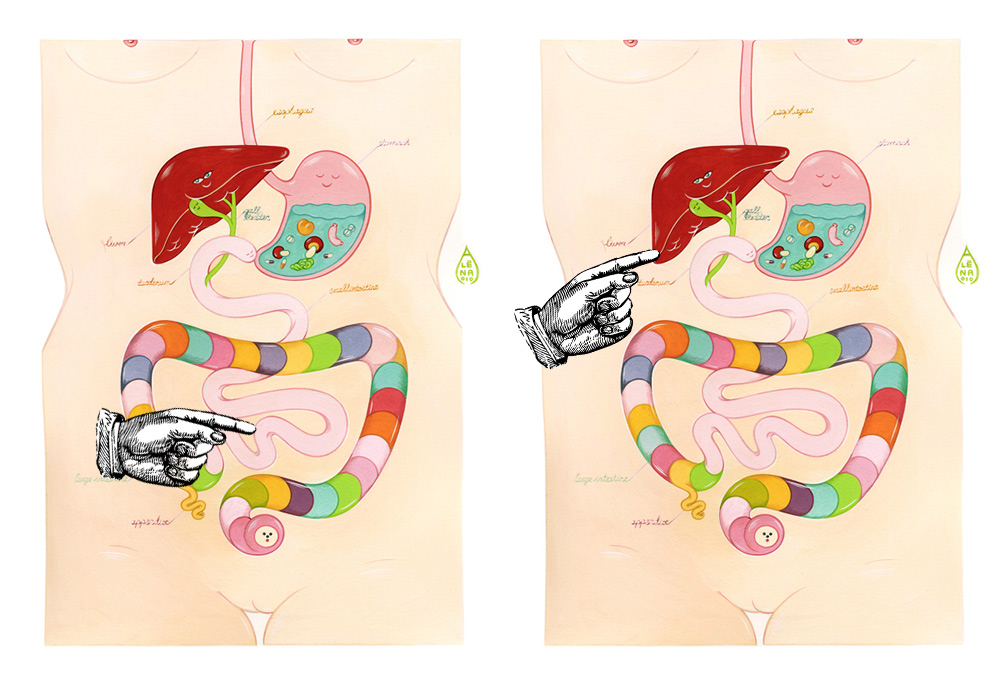 And so here’s what’s going to happen: this week I’ll be headed in for surgery, where they’ll be removing a stretch of my intestines — where the cancer began — and doing another ultrasound scan directly on the surface of my liver itself — where the cancer has since spread — to get a clearer sense of how extensive the damage is there & remove or kill what tumors can be safely removed and/or killed. As a bonus, they’ll also be sneaking a fast hand in underneath my liver to finally, finally snip out my poor ailing gallbladder, just like while they’re in the neighborhood.

This, obviously, will keep me altogether out of commission (read: wacked out on pain meds) through the end of August, around which point I’ll be released back home to spend the better part of September recovering — hopefully to the point where I can at very least hobble my way into this year’s Fantastic Arcade & be propped up in a cool, quiet corner to observe, if not take much active part in, the festivities, and to continue uninterrupted my work with the IGF.

This comes at pretty much the worst time for my work with Venus Patrol, though, as I’ll be in the thick of recovery when all first-year subscriptions will lapse. And while I do have plans for a (super amazing) lineup of second-year subscription giveaway games, as well as various other events & exciting expansions of both the site and the online shop (which is what I intend to spend my month laid-up tending to), I don’t feel like I can make any promises about how well I’ll be able to get those together in time, and at this point am presuming that I will not.

That’s a large part of the reason I felt like this post was important: not only to tell the friends & family that haven’t heard yet what’s happened & is about to happen to me, but also to have an easy place where any of you can point if you hear anyone wonder aloud why I appear to have almost entirely fallen off the map. 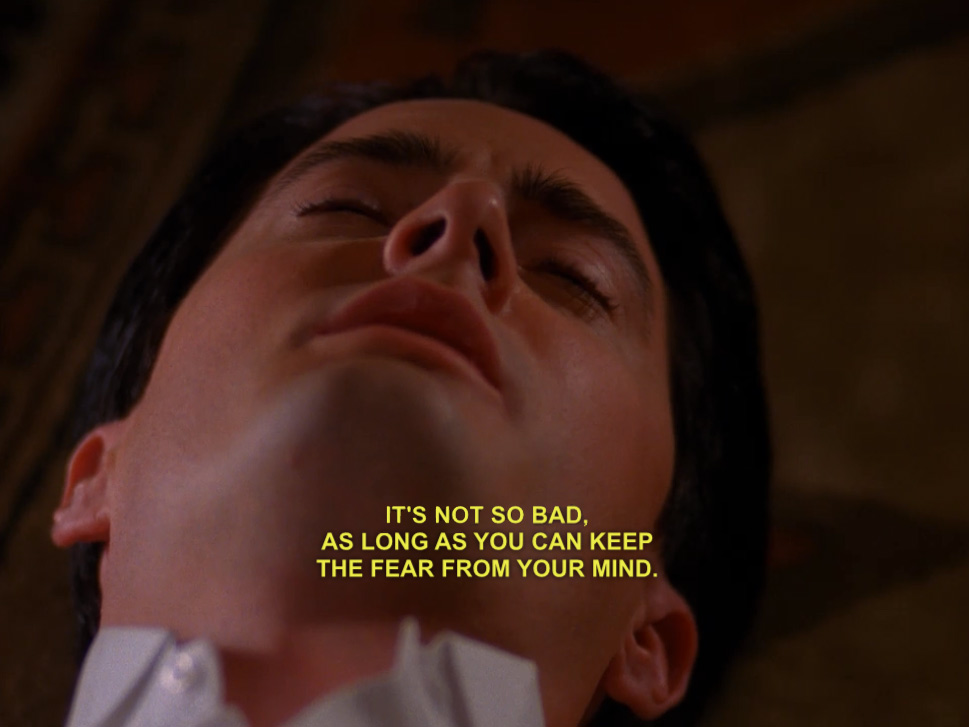 All that said, things could be much, much worse. My particular breed of cancer is not quite as virulent as many others — though it’s ultimately none less insidious, with its ability to easily spread itself basically anywhere else throughout my body it feels like taking roost — and to a certain degree I am doing much better than I was, or at least have things more under control than, just a few months back.

I mean, I’m definitely not great: between the gallstones and the wrecked intestines, restful uninterrupted sleep is still a pipe-dream, I’ve been essentially on a diet of soup, juice & smoothies for the past several months, and basically everything that sort of defined my whole god-damned joie de vivre — drinking booze with friends, eating amazing, terrible food & generally carousing until all hours of the morning — is all a thing of what now seems like a former-life-type ancient past.

Other than that, my primary vexation is having been cornered into giving very serious, non-metaphorical thought to my own mortality & how I’d like to best spend my remaining years. I expected — or at least very much would have liked to have had — 15, or 20, or, I dunno, maybe even another full 35 years before I was truly confronted with the fundamental transience of human existence, especially after that first 35 with an almost spotless bill of health, never having to deal with much more serious than a lingering cold.

That said — and for as rough & sobering & still mentally-all-consuming/draining as it has been — I’m not at all sure that that system-shock is actually a bad thing, and I’m extremely, incomprehensibly lucky to have only had to free-fall plummet like inches before a human safety-net formed directly underneath me, both in terms of like the day-to-day support of the amazing Austin community, and tear-jerky surprise care-packages from the likes of Keita, Robin, Martin & the rest of team Funomena (as sprinkled above/at top) & Heather and Ivan & so many beautiful emails & other well wishes.

I’m relieved I won’t have to just vague/sub-tweet all of this anymore, and will probably be talking a little more openly about things on Twitter, if you’re curious, but I’m not sure if and where I might have the time & energy to continue writing about this at greater length. If you do want to get in touch to talk more, or have questions about anything, feel free to email brandonnn@gmail.com.

I don’t know you and You don’t know me, my husband does and I noticed he was upset yesterday to read your blog.

I have to say I read these lines of yours and I really admire you!! You have an excellent way to see life. Somebody once said that we are not defined for what we get but for how we get out of it, you nailed. as you will nailed this battle, keep loving life the way you do because life will always keep seeking it’s way. !
L.

Take your time and get well Brandon! The world needs you at least for 35 years more!

Brandon, thinking of you during your treatment and recovery.

Best of luck in your battle ahead. I hope to see you enjoying late-night indulgent food and drink with friends very soon! Thanks for all you do and recover quickly.

Oh man, I’m so sorry to hear this! But you’re a champion of goodness, proliferating goodness as a goddamn full-time job, and cancer is a CRAVEN FOOL to mess with its antithesis incarnate. Sending hugs and other cancerbane.

Hang in there Brandon!

Keep your chin up mate, I wish you an easy recovery

Good lucky Brandon ! Hope you all the best on your treatment .
I had bone cancer in my leg when i was 23 and after that i also had 3 times on my lungs . I did one year chemotherapy and 4 surgeries.
Try to keep your mind happy and your body relaxed when you see that will be an old chapter in your life.

Get well soon Brandon! Austin’s gaming community will be one glorious beard short until your return.
-The weird guy at Juegos Rancheros stuff who thinks game developers are Rockstars

I have been moving and am just catching up and now seeing this, though I wish I were seeing something else. You will destroy this thing. You will be a cancer-free hombre in no time. Sending you the best vibes I can find. Press on!